The O.Z. Is Genius

The O.Z. is a fresh take on the Wizard of Oz universe and story. It is written by David Pepose, art by Ruben Rojas, coloring by Whitney Cogar, and lettering by DC Hopkins. 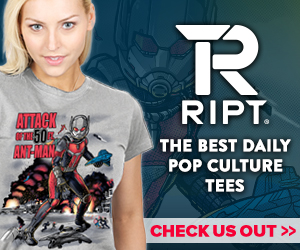 The O.Z. is a new look at the Wizard of Oz/Return to Oz world. Featuring the granddaughter of the original Dorothy Gale (played by Judy Garland in the original 1939 Wizard of Oz film), who bears the same name as the original Ruby slippered protagonist. Against her wishes, Dorothy is forced to the Land of Oz, a land she only knows from the Tall Tales her grandmother (The OG Dorothy) once told her.

Soon after landing in Oz she soon finds out that all is not as was originally described to her. The Wizard of Oz is no more, the Land of Oz is now a battle scarred warzone referred to as The O.Z. and the Big Bad is someone who you will least expect from the original Wizard of Oz cast. Despite original protestations to return to her own world, Dorothy is caught in the fray of a Flying Monkey skirmish and, thanks to her military training, provides some much needed help to the Citizens of Oz.

The O.Z. #1 is a Double Sized Issue, featuring Two Chapters of Non-Stop Wizard of Oz lore, action and mayhem.

The O.Z. #1 injects new life into an otherwise dead and forgotten about universe. The initial premise of The O.Z. , features an ex-Army Veteran Female Protagonist, knee deep in the middle of her own post traumatic stress coming to grips with a new war torn nightmare in the Land of Oz – is both genius and thrilling. The beginnings of The O.Z. has a haunting familiarity to it, in the effects war can and will have on ex-Soldiers returning to civilian life.

From early on, writer and creator David Pepose taps into the deep seeded trauma experienced by protagonist Dorothy and goes to places you wouldn’t expect a character (related to the original Dorothy Gale) to go. Pepose does an inspiring job in establishing the heartbreaking and demoralising voice of his heroine from early on in the issue. David Pepose reinvents the Land of Oz in ways that will come across as completely unexpected. The result is a vibrant, battle soaked maelstrom that spends as much time annihilating the local Wizard of Oz population as it does providing a well needed narrative on the effects of wartime.

This Double Sized First Issue is relentless in releasing volley after volley of human drama, action and fantasy soaked horror. Here are 60 pages that despite the source material and PG rated lore refuse to let up. Welcome to a fresh salvo of carnage with a strong as f*** woman behind the helm. Welcome to World War O.Z.

Artist Ruben Rojas does a fantastic job in delivering this bold Armageddon soaked variation on the Wizard of Oz tale. Ruben Rojas’ art style doesn’t just provide an intriguing canvas to gaze upon, it sets the fuse and ignites this action-packed Comic Book from the very first panel. Rojas’ style is detailed, meticulous and utter perfection on a war-torn page. His interpretation of Tin-Man alone is a bar set so high, his artistic peers are going to have to grab and claw their way through a field of dead munchkins just to measure up.

It’s so smart of Rojas’ to abandon the idea of style replication and instead reinvent a wheel that’s been sitting dormant since the 1980s. A style that wouldn’t have been so special without the attentiveness of Whitney Cogar’s coloring palette. An in-your-face palette that explodes right off the page.

The O.Z. is a smart and vibrant twist on the Wizard of Oz universe. So well that you’ll forget you’re reading a comic book issue based on a film that MGM made so famous. The O.Z. is Return to Oz played through the lense of Apocalypse Now. The result is a wonderful war story built with lessons of the Evil that Men Do as much as it’s built with heart. David Pepose and Co have outdone themselves.