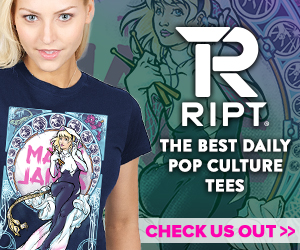 Comicsgate: The Price Is Wrong!

As you can imagine, hate mobs dislike criticism. This one displays tends to transform into shrieking violets babbling about masculinity as they flee to their safe spaces. And that’s just for the rank and file. Those seeking to climb to the top of the crowd funding chain, will usually seek to become talk show stars on YouTube serving up fresh hot takes for the crowd, and purity testing each other to see which one needs elimination.

I take great satisfaction in watching the disillusioned fall out of the herd as they realize they were sold a bunch of overpriced comics by people who were not morally superior in any way to those they claim to despise.

The Ethan-Malin (Marvel 2.0) circle operates a bit like the Price is Right. Would be contestants compete by answering questions. The person who gives the best answers may then step into the cash grab booth to see how much money they can score before being yanked out of the booth and thrown back into obscurity.

In recent weeks, contestants thrown out of the cash booth include Matt Wenger, Liam Gray and Micah Curtis. In each case, the given justification was that they were just jealous of the other contestants to whom Ceasar gave an unequal share of the money booth.

If there were to be a convention for Comicsgaters, the list of exhibitors has shrunk a bit in the last year. I doubt War Campaign would attend, nor the 3 recently exiles. RCM has not expressed interest in the “motorcycle club” aspect of CG, but would probably attend anyway. Similarly, TUG just shows up to get more money for his book and then disappears back into YT land to sell Johnny Depp flavored outrage.

I think the proposed lined up for such a convention now would be: EVS and Cecil (who was recently suspended from Twitter), the JACK show (not to sure if Anna would attend), Sweetcast and…. Nasser Rabadi doing his new comedy material featuring EVS impressions?  Surely we could get some of Ethan’s old industry connections such as Shane Davis and Dan Fraga to attend.

Did I miss anyone? The “movement” has seen a massive exodus over the year of 2020.
As Ro recently tweeted:

“(Liam and Micah are) alone in the dark. Ethan, Malin, and Cecil are one squad.”

But fear not, there will always be new contestants. Dark Gift has recently announced that he will be transforming my ex-wife’s work into comic form. You receive a free Peter Gilmore card for signing up for the upcoming campaign over at Indiegogo.

Fulfillment Overview: Brutas the Badass has not experienced widespread fulfillment yet. Some people are accusing Mr. Delay of only shipping books out to a couple of friends to post on social media. Unfortunately, we’re seeing a similar pattern with Tales from the Stacks. Shinobi Sasquatch, Starblades, Detective Dead, Sovereign, Lady Alchemy, and Red Rooster remain unfulfilled, as does the more recent project, Vestige 2.

RELATED ARTICLES:
Comicsgaters are the Karens of the Comics Industry