“In a war zone empathy is a liability.”

Stjepan Šejić’s reintroduces us to Dr Harleen Quinzel as a woman on a mission to uncover a causal connection between embedded violence in a place and the impact on a person’s moral compass. Not only does this frame Harleen as someone with intellectual curiosity and compassion; it reorders the reader’s understanding of the Batman universe – Gotham city is a war zone. The battles between superheroes and villains are escalations of inhumanity. The city is breeding monsters.

And then on a dark night, after giving a presentation of her thesis to an apparently uninterested audience, Harleen finds herself drunk and alone on a dark street when the Joker appears and pulls a gun on her.

Harleen unpacks and deconstructs the canonical (and award-winning) origin for Harley Quinn served up by Paul Dini and Bruce Timm in Mad Love. In the animated Batman series, we met Harley, the Joker’s “hench-wench” (Paul Dini’s phrase) for the first time, a much-abused yet still loyal partner to the Prince of Crime. Mad Love tells the story of how Dr Harleen Quinzel meets the incarcerated Joker and becomes obsessed with him, eventually modelling her own villainous personality of Harley upon him.

For a number of creators this relationship has been uncritically presented as a romantic one. David Ayers’s Suicide Squad, with its quick-cut montage of exposition, implied that Joker tortured Harleen, broke her essentially, and remade her himself. A doll who walks and talks and serves only Mister Jay.

Šejić is aware of the undercurrent of abuse and manipulation at work in the versioning of Harley. In this book he attempts a sincere investigation of what would unfold psychologically, using the same characters as Dini and Timm and those who followed after – but with an emphasis on ethical logic. We even learn the origin of the nickname ‘Harley’, here revealed to be connected to cruel college campus sexual gossip.

Harleen doesn’t simply throw over her life because she fell in love with an evil psychopath. Firstly, their meeting on a street has the same iconic energy as the Wayne murders. Joker refuses to take Harleen’s life. He later gives his reasons for why, but the reader is invited to speculate just how much this is a grand piece of manipulation on his part.

Šejić then has Harleen choose to become a supervillain, preserving her agency as a character. She ultimately dismisses the idea that the Arkham patients are monstrous. Instead her research into the likes of Joker, Croc, Poison Ivy and Zsasz convinces her these ‘monsters’ have in fact escaped from their humanity because they feel too much.

Ivy complaining in her interview with Harleen that doctors writing notes on paper – to her mind, the skin of an executed tree – being an insult to someone who can feel pain for plants is simply a wonderful touch.

Overall Harleen is a stunning piece of comics. I only read the collected edition after Jeff Lester’s mentioning the book on an episode of Wait, What as a coup for DC. In particular Lester highlighted how the firing of Andy Khouri stands in relation to this amazing get for the publisher – Stjepan Šejić on writing and art duties for a Black Label miniseries!?

Harleen isn’t a grim ‘n’ gritty tired attempt at shock value with swears and the occasional penis (my impressions of Black Label titles owe a lot to Siobhán Coombs reporting over on Serious Issues). It’s a gorgeously illustrated, cohesive vision by a creator willing to explore this fictional universe as authentically as possible.

Harleen is produced in Šejić’s warm photorealistic style, but the artistic staging; the segueing between drab reality and lurid psychosexual dream sequences (Harleen apologises at one point for a Lewis Carroll-inspired fantasy – she’d recently interviewed Jervis Tetch the Mad Hatter); even the use of Harlequinade diadems in panelling: all point to a degree of sheer ambition I am having difficulty crediting another comic artist auteur in mainstream comics in recent years.

Which of course points us to recent reporting that Šejić is dropping mainstream publisher gigs (for now), having announced that he’s returning to webcomics and Patreon. He is well able to fulfil his artistic ambitions on his own terms, without the need for dabbling in, to borrow Jim Lee’s exsanguinating phrase, “brand content”.

This is a genuine loss though, as Šejić has fashioned with Harleen a work that embraces the high camp of comics while also in equal measure delivering psychological depth with his study of Arkham’s inmates and Gotham’s monsters (including one ‘Batman’).

I would happily place Harleen alongside Englehart, Brennert, Moore and Morrison’s deeper investigations into the world of the Bat. It even anticipates the philosophical dirge of Christopher Nolan’s Dark Knight films with their celebrating America’s reclaiming of proto-fascist state violence post-9/11.

Harleen’s bittersweet narration informs the reader early in the story that she and Harvey Dent are on parallel tracks to becoming villains. Where ‘Harley Quinn’ is a revolt against false morality, Dent’s Two-Face fully invokes the right of the state to murder and kill undesirables.

It makes for chilling reading even as at the time of writing, fascist violence continues to escalate around the world and media reports fail to categorise this activity with any kind of civic concern. But Šejić’s version of this parallelism between Harley and Two-Face is not simply an undercooked Prisoner’s Dilemma morality tale.

Harleen ultimately asserts how absurd the law and order question is in a city of monsters. Having been placed in an impossible situation, she rejects the moral punishment for her actions and becomes Harley Quinn.

I might be inferring meaning where there is none here, but I find that conclusion a challenge to the bad faith portrayal of Arkham and supervillain crime in Gotham as an allegory for contemporary urban crime (which in the hands of certain writers doubles as an attack on liberal values and nanny state “soft on crime” rehabilitation).

So the Harleen comic series ends on a tragic grace note. But Šejić has delivered a comic for adults that doesn’t just grimace. It smiles, it laughs, it cries – it’s mad. And insanely brilliant.

Engage with the Creator: 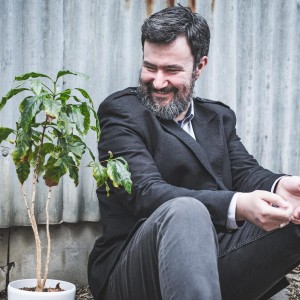