The Recount is a brand new IP from independent studio Scout Comics. A studio which, having been founded in 2015, has currently been making what is considered major moves within the independent circuit. New hires amongst their PR department, the launching of their all-ages brand Scoot, its a studio to be watched amongst the many that make up the indie circuit.

The Recount #1 is written by Jonathan Hedrick, with art by Gabriel Ibarra Nunez and is published by Scout Comics. 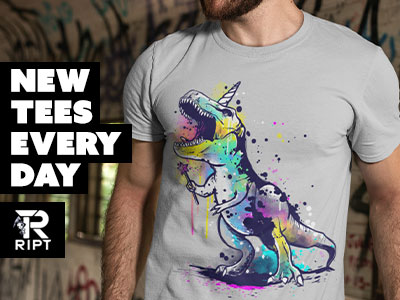 With all that said, what do Scout Comics bring to the table with this comic? In its opening pages we can see the standing fictional president Anthony Christensen making a public address to the American public. Apparently before the start of our story he had been brought up on charges of corruption which he fully admits to. While we don’t know, at present, what those charges are they appear severe enough for him to make a public resignation. Which doesn’t end well as a member of his Secret Service then takes the opportunity to put a bullet in his brain.

Rather quickly the situation deteriorates with bullets flying taking out the killer while a second secret service member is arrested on scene. We then move to the now deceased President’s VP, Meredith McDearmon, as she takes up the office of the presidency in a secret location. As the reader we then head to said secret location as the new President is basically tearing a new butthole into the people around her asking “How they’d manage to get so close.”Its clear at this point she has an idea of who might be responsible for the attack. Despite this hint, she pivots into damage control to ease the American people’s minds that all is well.

Which is an effort that goes down the crapper when her broadcast is hijacked. An individual in a clown mask appears, proclaiming himself and others to be apart of an organization called “The Masses”. Their mission statement is retaliation for the corruption of President Christensen’s reign stating that all are valid targets for this mission. From his cabinet picks, to his vice president, to even the people who voted for him. It is clear that this group’s aim is a tidal wave of blood for the yet unnamed various charges of corruption the former president was, well, charged with.

As with most issue #1 of a brand new IP, the comic establishes itself right out the gate as to what it is all about. This is mitigated within the middle section as, after running out the gate to kill a Presidental figure, it does need to take the time to establish just what exactly is going on.

This is then followed by the end sequence where the threat is established, and might I say in a big way, with a classic cliffhanger ending that makes one wonder if the next issue will pick up right where it left off. Or will it dive into some other aspect of the story, such as the new President having to figure out how to contain a situation that potentially can spiral into total chaos.

The art style has a very classic Noir feel to it. Heavy usage of shadow as well as character figures having their general appearance blurred in some small ways give it an almost old movie feel to it. While I wouldn’t necessarily call it heavily stylized, it is pretty easy on the eyes to roam over when reading dialogue or understanding the tenseness of the situation when we get close ups on the characters faces.

I have to say, given that I at present live in America, this title is very disturbing to me. While it is a fictional title, a what if scenario if you will, it could also be something that just happens. Given how the year of 2020 has been, with its ups and its very low downs, I would not be surprised if something like what is described in this comic were to happen on some level in our everyday lives.

Hence why The Recount chills me to the core – to read it put in such bleak black and white context. While storytellers often pride themselves on blurring the lines between fiction and reality, I would personally be quite happy to keep this idea within the realm of “fiction.”

RELATED ARTICLES:
REVIEW: Giga #1 Is A Massive Achievement
REVIEW: The New Mutants is a Crushing Disappointment
REVIEW: Terminal Punks #1 is the Punk Rock Refreshment You Need