Boston Metaphysical Society: Spirit of Rebellion was a great way for the creative team to flex in an already established world.  With a contained prologue giving you the up to date primer in log line and quick pitch real estate fashion, it lets you know who our three mains are, and what is the current status of each. Returning to this Boston Metaphysical Society one-shot is writer Madeleine Holly-Rosing, artist Gwynn Tavares and letterer Troy Petri.

Not seen often in serials or one shots, the inclusion of the prologue page was space well spent.  It gave me all I needed to know to jump into the Boston Metaphysical Society without having to backtrack, but also freed up the sequential pages to not have to rehash what has already been done in the previous limited series.

After Samuel, Granville, and Caitlin save Boston from The Shifter, a psychic creature from another dimension, Caitlin faces repercussions for standing up to the church and her mother by refusing to leave her job with the Boston Metaphysical Society. Caitlin now finds herself in dire straits and with few choices. Granville has gone home to Liberty Row, her neighbors will have nothing to do with her, which leaves only Samuel. His well-intentioned solution will force Caitlin to face new evil and perhaps, discover her destiny.

Crafted by an Exceptional Creative Team

Madeleine Holly-Rosing, Gwynn Tavares and Troy Petri are a good combo and seem to work well together.  Madeleine does an adequate job of capturing some of the period and class vernacular in the dialogue.  It’s probably just the way my brain reads, but in any of the word bubbles I read that didn’t have a specific reach to a slang of the time, I found myself reading the characters without the time and place additive.

As a personal matter of preference, coloured word bubbles are not my fav, but I’d have a hard time saying that any of this is the fault of the creative team, but more simply just how I take in the story.  In the end, I think I just love the time period its set in, and hoped the dialogue would be rife with slang and vernacular that is period specific.  While Boston Metaphysical Society did hit those notes, I wanted more.

The story itself did leave me pleased that the slow burn of the relationship between mains, Caitlin and Samuel, paid off in the end, and getting the space to explore the supporting characters, especially in Alma was some of my favourite parts of the story-telling narrative in Boston Metaphysical Society.  The story is spooky in elements, but not scary.  Its got airs of romance, but isn’t romantic. I liked that the story didn’t fit neatly into a genre.

Gwynn’s art elevates this book for me.  The colour palette is perfection on top of a clean lines only when they need to be landscape.  I particularly enjoy the detailed expression of the main character Caitlin.  Gwynn captures the inner monologue of Caitlin’s thoughts and splays it across her face in almost every panel.  I love that.

The lettering placement by Troy Petri and font choices, made Boston Metaphysical Society an easy read and flowed well.  The only time the lettering pulled me out of the story was when the word bubble was placed on top of a girl and her dog being reunited (pictured below).

I understand the character that is speaking seems like the kind of guy that would “speak over” something wholesome like a girl with her dog, but for me it took away from the marriage between the art and lettering.  For a job as nuanced as lettering, it’s easy to spot a misstep, but when everything is done right, we forget as a reader that it’s separate from the art.  On every other page of Boston Metaphysical Society the art and lettering were a smart and spooky match.

It’s painful to end Caitlin O’Sullivan’s story with this One Shot!

In the end, I enjoyed the ride that Boston Metaphysical Society took me on. It had a touch of the undead and little bit of ghosting, but I did feel like I wanted more of the occult. I know this was a one shot and the original had those titular characters like a werewolf and vampire that I was craving, but I would have loved a throw away line or picture hidden in the background somewhere to make me feel a little more at home in spooky-town.

Clocking in at over 40 pages, you did get the bang for your buck for Boston Metaphysical Society, although I would like to know more about the villain of the story. Caitlin and Samuel are the focus, and rightly so, but sometimes a really fleshed out bad guy elevates the story to a whole other level. Maybe I’ll get my wish and Holly-Rosing will write us another instalment with all the build up baked in.

This article is brought to you by the following Patrons: Halftone Productions , Preston Poulter, and Hstronic. 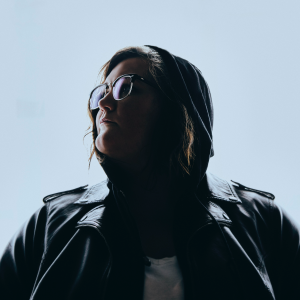