And Then is Raveena Tran’s directorial debut as she transfers over from working as a traveling artist and photographer – she’s also done incredible card artwork for Magic the Gathering – to a director and what a seamless transition it feels like. The whole film is beautiful from beginning to end with wonderful cinematography, great atmospheric shots, and also wonderful acting from the two leads.

Ishii and Hoshino command each scene their in with such a gravitas. I can’t wait to see them in more films. Ishii I know already does a lot in front of the camera for different geek-based websites, but this a whole other side of her and she kills it.

The short film, which is roughly 20 minutes long, follows Erika Ishii’s character Mana Endo as she travels to Tokyo, Japan for a much needed break from her work as a traveling artist. Lost in a sort of haze, she ends up meeting Rina Hoshino’s character, Haru Sugiyama, and a spark begins to ignite between them. The story then follows them making wonderful memories together and learning more about one another in several truly sweet and sometimes heartbreaking scenes.

Tran uses her mastery over cinematography to create slow, wondrous atmospheres that really capture the emotions the characters are going through. Ishii as Endo is surrounded mostly by darker lights and enclosed spaces throughout the first half of the film, only after she meets Sugiyama (Hoshino) does the lighting around them begin to brighten and their surroundings open up more as they open up to one another.

While And Then tells of a short but meaningful trist between two women in Japan, the story also hones in on the very personal feelings one has when they visit a place where physically they look like they belong but internally they feel like an outsider because they didn’t grow up there. Mana Endo (Ishii) outright states this later in the film. I can imagine there are levels of personal history attached to this by those involved, most likely why it was included in the first place.

There’s a divide between Endo and Sugiyama which you can even hear in how they each pronounce words from the Japanese language, Sugiyama feels more natural where as Endo sounds more western at times. It’s a great way of showing these feelings on screen so that when Endo makes her statement about feeling like an outsider it comes across as very natural.

And Then delves into many powerful messages throughout its short run. Such as that of crossing cultural barriers, representation of more women of color w/w stories, showing that even “dream jobs” can have burnout, and the power of putting women and those with a vision behind and in front of the camera. It’s a great film on so many levels.

OVERALL AND THEN FEELINGS

My only real issues with the movie is there are times when scene transitions and blocking can feel and bit wonky, there were at least two moments featuring each of these things where I felt taken out of the film upon noticing them. But the beauty of the rest of the movie shines through and these stumbling blocks aren’t all that important in the grand scheme of things.

Currently And Then has debuted at several film festivals for Asian American, Women, and LGBTQIA+ creators such as TwoOhSix, Outfest, and CASCADIA, as well as ShortShorts Film Festival and Asia 2021.

However, if you haven’t figured it out by now I loved this film and think everyone should see it! 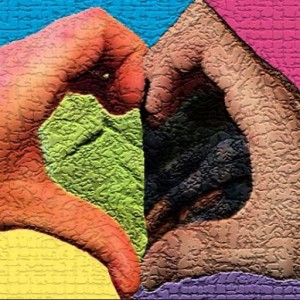