About An Unkindness of Ravens #2

An Unkindness of Ravens is a supernatural mystery comic book, with similar tones to stories like Sabrina the Teenage Witch and The Craft. It is written by Dan Panosian (Slots) with art by Marianna Ignazzi, colors by Fabiana Mascolo, and lettering by Mike Fiorentio.

Centuries after the Salem Witch Trials, the descendants of the witches that were not drowned or burned protect the ancient secrets handed down to them. These descendants are known as the Ravens. Wilma is new in town and she hopes to keep her head low as she attends a new school, but she ends up caught up between two opposing forces at her school, and she’s still not sure why she feels such a strong connection to a girl who went missing from the town a week ago.

An Unkindness of Ravens #2 is published by BOOM! Studios and is available on October 28, 2020.

An Unkindness of Ravens #1 Review

Issue #2 picks up right where #1 left off. The first issue hinted that something was odd about Wilma’s new school and her resemblance to the missing girl Waverly, but this issue takes it all a step further. Wilma is just trying to fit in, all she really wants is to have a place to settle, get her school work done, and move on to college. The town of Crab’s Eye seems to have a different idea in mind, though.

We also begin to see that two sides of the school are vying for Wilma’s attention. Scarlett Dansforth, who appears to be the stereotypical popular, mean girl, and the Ravens, the four girls who appear to be witches. Wilma spends her evening trying to discover more about the missing Waverly. Instead of learning more about the girl she resembles, she dreams about her deceased mother and sister. Though nothing is revealed, the audience gets the sense that maybe her mother and sister are not really gone, there could be something more at play here.

SPONSORED: The Reaper’s Choice are updated weekly! Check it out to see the new batch of art saved from the graveyard.

Visuals are also used to show us that Wilma may or may not have a strong grip on reality. Or something else changing things around her? At one point, she asks her father where her backpack is, and he says she’s wearing it, and suddenly, she is wearing it. We do not know if Wilma’s tired mind is playing tricks on her or if something else is at play. This issue of the comic reminded me of “The Craft.” The Ravens keep claiming that Wilma is one of them and say they are trying to help her, but their actions do not fully align with that. They force Wilma beyond her comfort zone and do not seem to have any remorse about it.

The story for this comic is very compelling, and it keeps you guessing as the tension continues to build. If you were planning to watch The Craft: Legacy and haven’t checked out this comic yet, I would add the first two issues to your pull list now. You can tell the team is going to take their readers on a fascinating journey and I, for one, cannot wait to see where it leads.

Pick Up An Unkindness of Ravens #2 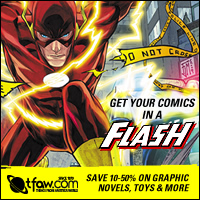 Pick up An Unkindness of Ravens from TFAW.com