Writer: David Avallone  Art: Julius Ohta
The brand-new Queen of England has mysteriously vanished, and British Intelligence needs a helping hand from the world’s greatest model spy! Can Bettie the First find Elizabeth the Second before the news gets out and panics all of Great Britain? Are UFOs involved? David Avallone (Elvira: Mistress of the Dark) and Julius Ohta (Sherlock Holmes) show you all the stuff they cut out of the THE CROWN, as Bettie returns in THE PRINCESS AND THE PINUP! 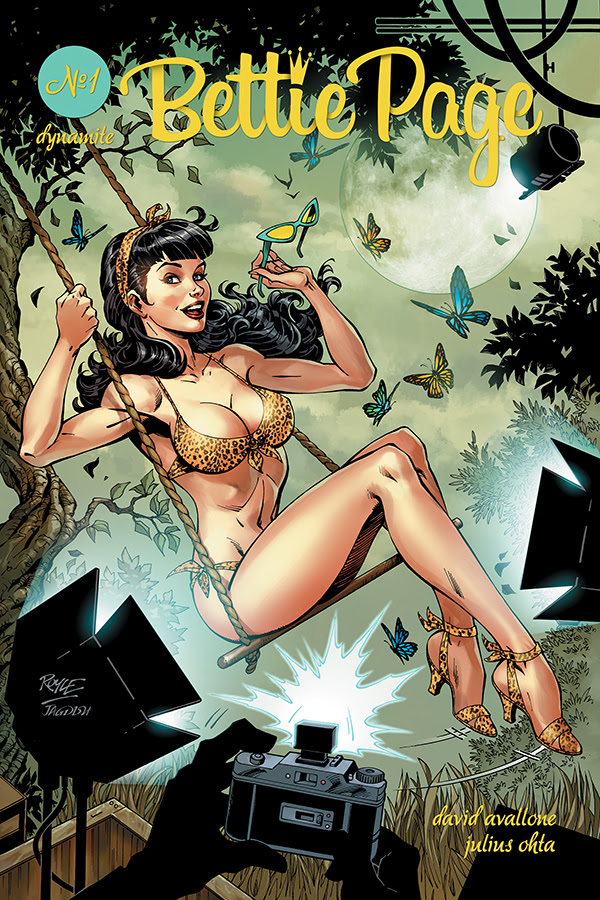 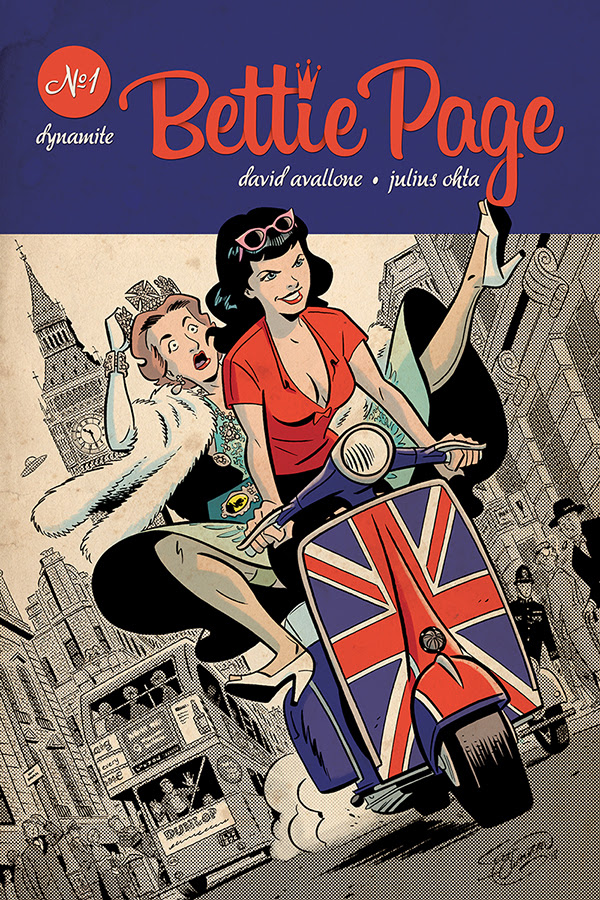 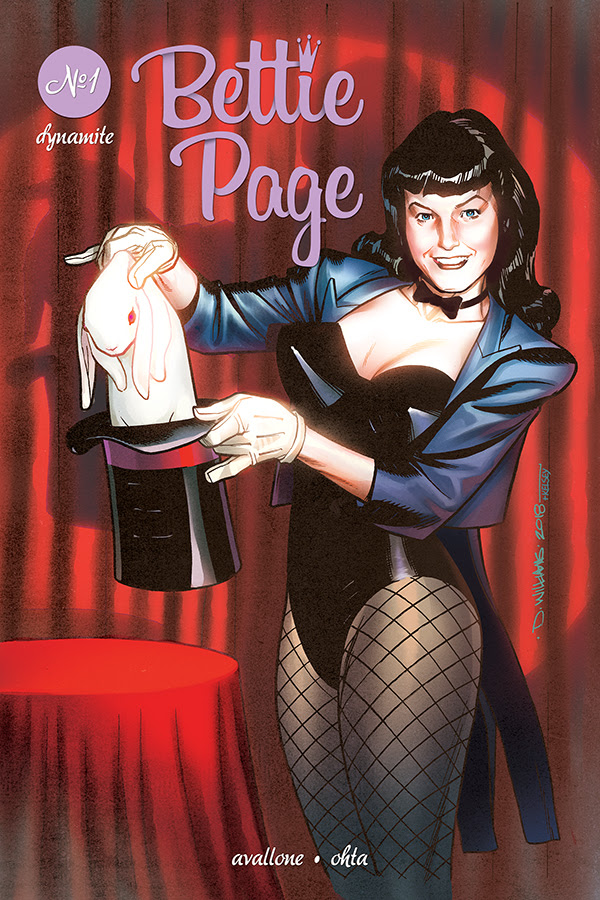 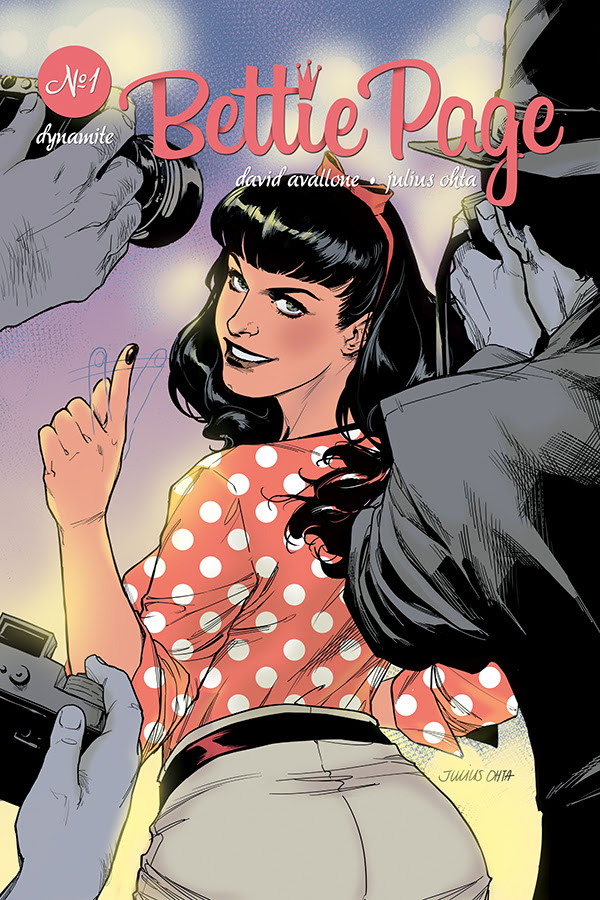 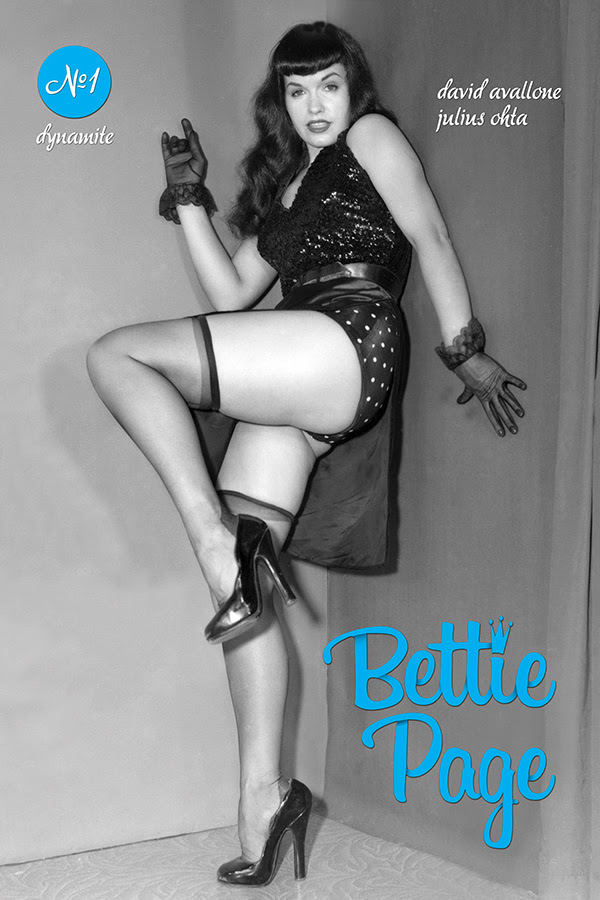 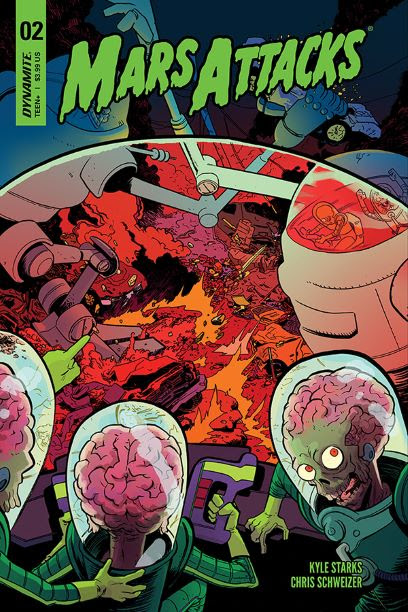 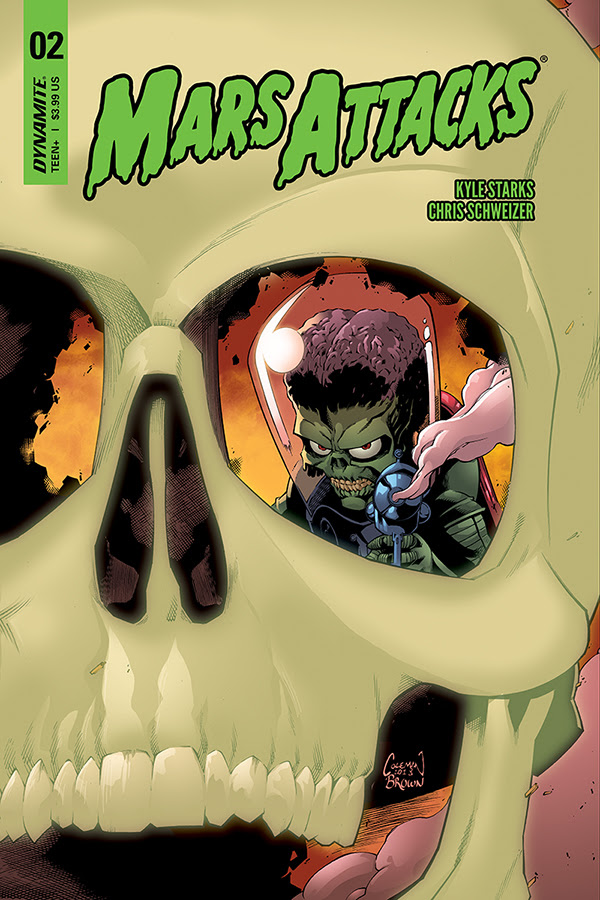 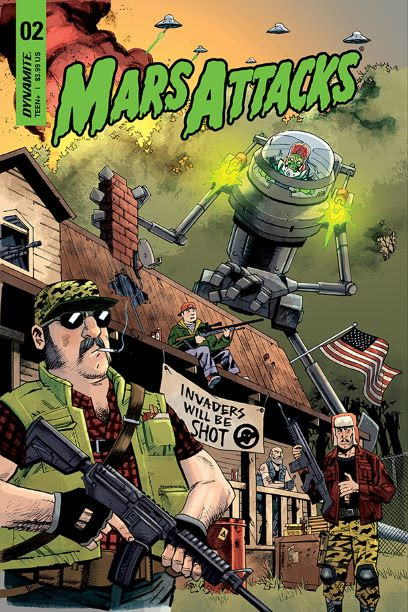 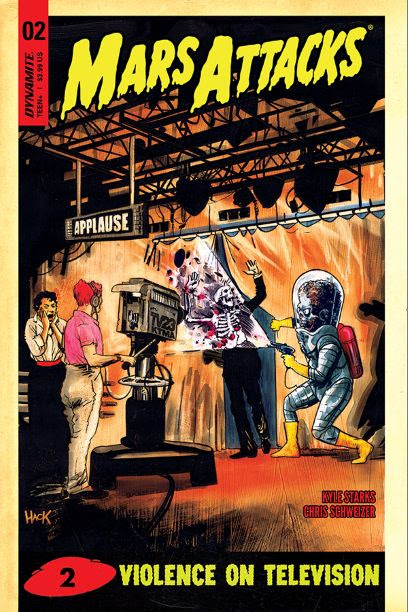 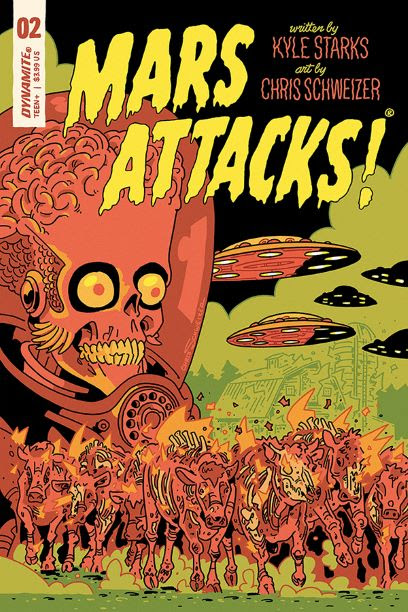 D                                                          E
Cover D: Robert Hack / Cover E Subscription: Chris Schweizer
PROJECT SUPERPOWERS #4
Writer: Rob Williams   Art: Sergio Davila
Pandora’s army is here. The Earth is defenseless, and war has arrived. Scarab, in Earth orbit, faces the might of the invaders firsthand, while Samson attempts to hold back an overwhelming force alone. Meanwhile, at the hospital bed of a wounded child, Black Terror must hold the line against horrifically transformed The Death-Defying Devil. Pandora wants the girl Imani dead. But why? 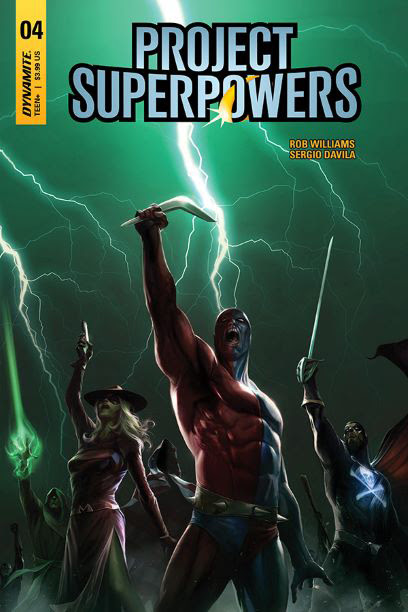 Cover A: Francesco Mattina
XENA #10
Writer: Erica Schultz   Art: Vicente Cifuentes
How far will Sevdis go to fulfill her obsession of Xena and Gabrielle? Will she…KILL them? As Xena searches for her comrade in arms, Gabrielle’s time may be running out! 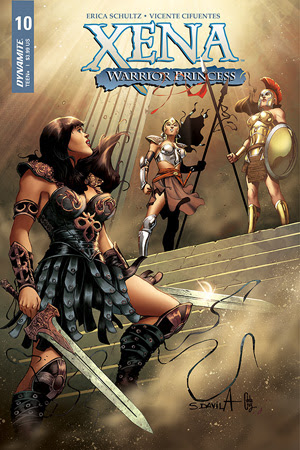 Cover A: Sergio Davila
DEJAH THORIS #10
Writer: Amy Chu   Art: Pasquale Qualano
All things come to head as the royal fleet is attacked by the Tharks and Dejah Thoris is willing to sacrifice herself for the good of Helium. 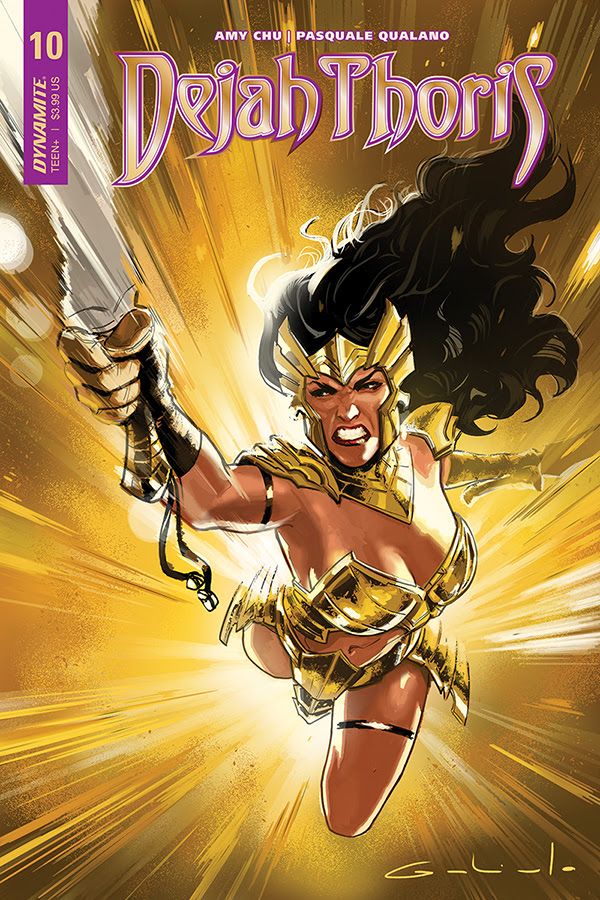 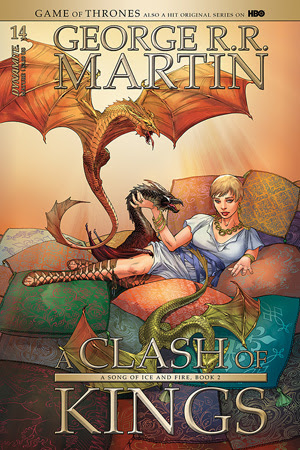 Cover A: Mike Miller
FALLOUT TRADING CARD SERIES 1
For the first time ever, the apocalyptic video game is now a collectible trading card set! Journey through the expansive world of Fallout with Dynamite Entertainment’s newest trading card series! Featuring 144 unique base cards, 72 Holofoil chase cards, 10 Die-Cut chase cards and 5 Ultra-rare chase cards. Collect trading cards representing your favorite weapons, gear, characters, and much more from this comprehensive Fallout collection of art and design that was taken straight from the Bethesda Game Studios archives. Learn much more about the World of Fallout with details and concept art that give collectors a deeper glimpse into the world that IGN said “(we could) easily be able to spend another 100 happy hours here and still see new and exciting things”! 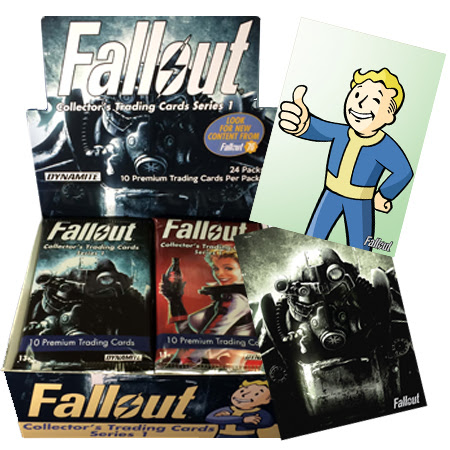 You can pick up these issues from your local comic book store from tomorrow or by heading over to DYNAMITE ENTERTAINMENT.

Editor & Writer. When not immersed in questionable 90s pop culture I can be found covering News and Reviews. Convinced 4/4 time signatures were invented by the devil.