The Kill Journal on Indiegogo

Earlier this month, new company Failed Superheroes Club, an LA-based graphic novel, board game, and toy development company, announced the launch of The Kill Journal via an Indiegogo campaign. 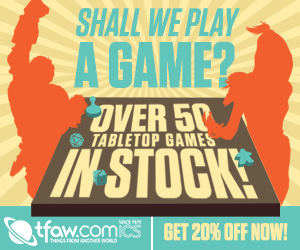 The Kill Journal explores anti-heroes forged in the terrifying world of Revenants and their Survivors. Revenants are evil spirits back from the dead, wielding chainsaws and machetes, and their victims, the ones still alive, are taking a stand. Led by a half-mad preacher, they seek to rid the world of these monsters before they become a monster themselves. Written and lettered by Adam Lawson (The Eighth) with art by Jason Crager (The Darkness, Evangeline), and colors by Steve Canon (Jack Irons).

What the Creators Think

Co-founder Adam Lawson had the following to say about this Indiegogo campaign:

“I wanted to make a story about what happens after the horror movie ends. When the character’s friends are all dead, and their homes are all burned. Now, what do they do with their lives? They get revenge.”

“I’m the guy who goes to prison and then takes it over. This story is about people who are in prison from their trauma, and now they’re going to take over the f***ing prison.”

Failed Superheroes Club launched early 2020 with their first graphic novel, The Eighth, and followed it up with co-creating The Escape the Night Board Game, which had tremendous success on Kickstarter. The co-founders, Adam Lawson and Ari Weiner, come from the world of Television & Film. Their series credits include Escape the Night, Wil Wheaton’s TableTop, Spellslingers, Sagas of Sundry, and many more.

For now, enjoy The Kill Journal Preview Pages below: