‘Far Beyond the Stars’ taught Me the Evils of Racism Far Beyond the Stars

My first understanding of what inequality truly meant came in the form of Star Trek: Deep Space Nine’s episode “Far Beyond the Stars.” In which Sisko has a hallucination and believes he is living in the 1950s as a struggling writer. 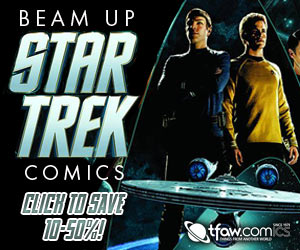 Far Beyond the Stars – Is it a Trek story?

Far Beyond the Stars, although deeply rooted in the pantheon of Star Trek, spoke to me and provided an educational sounding board the likes of which I had never before experienced. It was a smart man who once said, the best kind of science fiction is one that mirrors the issues of present day. It was probably Roddenberry who uttered those famouse words. No surprises there.

Let me give you a snapshot of what white Australia is truly like. We’re a colonialist settled country which has held no quarter in stifling the wants, needs and desires of people of colour. While our major cities are quite urban, multicultural and its denizens would like to rest upon the laurels of being ‘progressive.’ The unfortunate reality is that’s where it begins and where it ends.

Denying Racism is a Problem for White Australia

Those Australians who don’t live in major cities like to set up their own immaterialistic borders under the guise of ‘suburbia.’ I know. I was one of those people for years. While suburbia sounds ideal. The house, two cars, two kids, typical nuclear family values. The unfortunate reality is that we’ve mounted up walls of privilege so much that if you want to come into our neighbourhood then you best assimilate and make our way of life your ‘new normal.’

This erodes a sense of culture for anyone looks to immigrate to Australia and live in rural (country) areas. An erosion that has, with time, done away with our understanding of what racism truly means. Creating the belief, ‘well that’s an American issue’ or ‘that doesn’t happen here.’ When in fact that’s far from the truth. What isn’t far from the truth is that we’re not only guilty.

We are all complicit.

A type of complicity that is sinister in its silencing of other cultures. Its this silence that left me with a generational upbringing that doesn’t just border on racism. It was outright in its racism.

At the time, I didn’t think much of it. I was a kid living in the surbubs. Or, country Australia. Living in a ‘country town’ on the water. What isn’t seen and what isn’t heard was never our problem. Everyone in my city was majority white (despite the Greeks, Sudanese, Italians, and Croatians). At least that’s the way we liked to think of ourselves. We never thought too much of this growing up. That’s just the way it was.

I’m not saying it’s right. What I am saying is it left me a steep learning curve to get over. Star Trek: Deep Space Nine’s “Far Beyond the Stars” helped me do that. While Avery Brooks’ performance helped me put the danger of systemic racism into context.

Unusual synaptic patterns in (Avery Brooks’ character) Sisko’s brain send him back to the 1950s where he experiences racism as a struggling science fiction writer.

Far Beyond the Stars plays out by introducing the viewer to a world not unlike our own (pre-Civil Rights movement). Where the African American culture has centre stage amid a varying degree of racism, oppression of police brutality. Brooks’ character experiences all of this. From being told a fictional character of his can’t be Black to his character’s friend being shot was trying to break into a car.

Far Beyond the Stars taught a 13 yr old me the extreme degrees of racism, pain, and persecution that African Americans have been and are still being forced to endure not just at the hands of police. It also taught me that Western society is deliberately set up to make it extremely difficult for African Americans to succeed in what they want in life just because of the colour of their skin. This realisation still pains me to no end and has added to my pessimism.

This is Avery Brooks at his best. So much so that his fellow DS9 actors have gone on record saying he should’ve won an emmy for this performance. And rightfully so.

‘Far Beyond the Stars’ illustrates perfectly what hasn’t changed in 60 years.

What hasn’t changed in over 60 Years

I’m not going to say I understand racism to the full extent that African Americans or that Aboriginals do. How could I? I haven’t been sold into slavery nor were my ancestors. I haven’t been targeted by the police because of the colour of my skin. Nor will I ever be.

I’d like to think now I understand that those who aren’t marginalised or being oppressed have a responsibility to speak up. Whether you protest peacefully or simply educate your kids to say no to racism – make sure you do it.