This is the strongest of the pair. We meet a new frenemy, Wolf Spider (an art buglar/Catwoman stand in?); a new (old) lover for Ryan, Angelique; and a new foil for Alice: Ocean. Who is a former lover.

We learn that Ryan did an 18-month bid because she was holding Angelique’s drugs. The two have certainly made up, and Ryan is glad to hear that Angelique is off the stuff.

The Crows and Team Batwoman realize they need to get to Jack Napier’s gory-covered painting, because it is in fact hiding a map to Coryana. Batwoman still has one of Safiyah’s goons as hostage, and wants to starve the information out of him. Instead, the Crows take him into the custody and try to beat the shit out him, which Ryan somehow thinks is worse???

Remember that The Crows are the one who landed her in jail, so she doesn’t love working with them. But she’ll do it for the sake of the Bat.

One of Kate’s old friends, Evan, seems to have a link to this painting as a not-so-honest art dealer. Ryan shows up as a plant for the Crows, hoping to steal the Napier canvas from the party. It goes badly. Turns out, Angelique is still dealing to wealthy Gothamites, even if she isn’t using. Wolf Spider steals the canvas. In the process, a pair of Crows hit him with their van and speed off, an illustration of law enforcement’s sense of the ends justifying the means. Ryan is infuriated by the whole situation and informs Luke that she will never work alongside the Crows again.

Guess who has it? Ocean, the man who Alice is sent to track down and kill. Except…when they touch, they both have vivid flashbacks of memories they don’t have. Perhaps they shared…a connection?

Batwoman S02E06: Do Not Resuscitate

Wherever you thought Batwoman was going, you’re wrong. Now the story is a race to get to Coryana!

Hamilton Dynamics realizes that there’s a unique chemical compound in that bat poison antidote…and it can’t be synthesized. So a certain Dr. Rodgers sends out a patient of his named Amygdala (they’re both Batman deep cuts. Amygdala is from Shadow of the Bat) to go fetch it. He tracks down the corporation’s former heir apparent, Mary, and Jacob Kane, and holds them captive in Mary’s clinic. Guess he’s been watching her for a while. Jacob is realizing that maybe he didn’t know his kids very well.

Remember that time Ryan got a kryptonite bullet embedded in her skin? It’s catching up with her. Angelique takes her to the hospital and rattles off a bunch of real-life statistics about the fatality rate of black women in hospitals because doctors don’t give a shit. That scares the ER orderlies into making sure Ryan gets care.

Alice and Ocean get closer to figuring out their real connection, but we’ll need to put a hold on that (told you this episode is not as tight as the other one) because that Jack Napier forgery? It has Ocean’s fingerprint on it, and…he’s also Angelique’s supplier.

Sophie asks Ryan to set Angelique up in exchange for losing her girlfriend’s casefile. Sophie correctly points out that Angelique doesn’t seem too sorry about Sophie taking the fall for her, especially because she’s continuing to push drugs.

Ryan’s kryptonite-induced weakness is only getting worse, so she heads to the Batcave to see if there’s any information on what’s happening to her. She learns that Luke has been in cahoots with Alice, but before they can get that sorted, the pair realize Mary is in trouble. Ryan collapses from the kryptonite, Luke is upset, she finally fesses up about the wound and that she didn’t tell him what was going on because he’s been so critical. They’re finally buds, and he gives her an adrenaline shot to make sure everyone makes it out in one piece.

Sophie gets the map away from Ocean, who reveals it by lighting the goop on fire to reveal the map underneath. Which is…not how paper works. She brings it to the clinic and gives to Helzinger and the other Hamilton Dynamics goons in exchange for Jacob and Mary’s lives. Angelique finds out that Ryan bugged her phone and dumps her which…is fine with me! Honestly! Jacob shuts down Mary’s clinic because apparently you can only be a vigilante if you are a mercenary like him.

Alice and Ocean touch each other enough to unlock memories of their courtship and resolve to find out what’s missing in their past. Alice fakes Ocean’s death in a typically unhinged manner, and they skip off into the night.

Who knows where this Batwoman train is taking us, but I expect next week is going to be a good, clean heist! 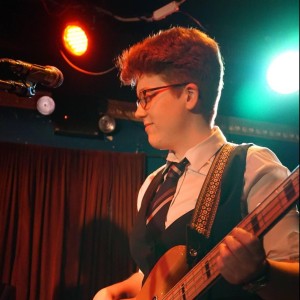