It’s certainly possible that the reach of Lovecraft’s influence stretches further than his actual body of work. The early 20th century writer introduced audiences to a level of cosmic and scientific horror that inspired filmmakers for generations to come. The films might not have been straight adaptations of Lovecraft’s stories, but his DNA and fingerprints are all over them.

Lovecraft and his Influence on Film

Underwater might seem like a strange movie to consider Lovecraft influenced, mainly because it’s a sci-fi thriller that stars the actress from Twilight, but there’s a certain style and sense of atmosphere that resonates with some of Lovecraft’s cosmic themes. The vastness of space is often compared to the vastness of the ocean floor, and uncovering gigantic unknown creatures in their depths is definitely something that resonates with the Cthulhu mythos.

Ghostbusters is another film that might seem strange as a Lovecraft inspired story. After all, Ghostbusters embodies the kind of humor that Lovecraft found tedious. Yet the story of ghost emissaries possessing individuals to usher in the arrival of an ancient interdimensional god is exactly the kind of thing Lovecraft exemplified.

It’s strange how so many stories are able to take concepts that Lovecraft made famous and use them as jumping off points for their own world. Pacific Rim is essentially a sci-fi kaiju tale, yet the basis for the universe is an invading force of large interdimensional beasts. This kind of invasion is exactly what Lovecraft envisioned. He probably just didn’t imagine fighting them with giant robots.

While not a straight adaptation of any particular Lovecraft story, The Lighthouse has plenty of elements that Lovecraft championed. Other than the Cthulhu mythos of strange creatures from the sea, many Lovecraft stories deal with isolation and paranoia. These are the two fundamental character traits from which the entire Lighthouse story is built.

The Gate is a horror story from the ’80s that was largely overlooked, but the traits of a Lovecraft inspired story are all there. It falls on a group of kids to stop a bunch of demonic beasts from rising through a gate in their suburban backyard. The adventurous Goonies feel to the story might not be Lovecraft’s taste, but the demonic horde would be right up his alley.

RELATED: 10 Comic Book Superheroes That Wear Red or Are Red

The Evil Dead films revolve around the Necromonicon. This book of the dead is featured heavily in not just the Cthulhu mythos but other Lovecraft stories as well. The over-the-top and tongue-in-cheek style of horror is probably something Lovecraft wouldn’t find entertaining, but the source of the horror and its effects on those around it are all things he would approve of.

Re-animator is the only entry on this list that bears the name and is an adaptation of an actual Lovecraft tale, yet the film itself is slightly different in tone than the original. The funny thing about the Re-animator is Lovecraft largely wrote it out of spite. It contains a rare dry humor kind of narrative that Lovecraft isn’t known for. The film tries to honor the story’s comedic history, but it took it in more of a black comedy kind of style.

There’s just so many things about John Carpenter’s The Thing that come from Lovecraftian fiction that it’s hard to count them all. The story takes place in an isolated location and the human drama plays out over suspicion and paranoia. This doesn’t even touch on the fact that the movie also features a grotesque alien capable of taking many different forms while devouring its victims.

Event Horizon definitely has its own form of demonic body horror that not even Lovecraft represented in his work, yet the blueprints for a Lovecraft story are largely there. The premise of a vessel traveling through a dimension and becoming possessed upon its arrival is exactly the type of thing Lovecraft specialized in. Event Horizon took that concept and merged it with science fiction and dark horror to make something truly original.

The Mist is a film that perhaps even Lovecraft himself would be proud of. All of the elements in the movie are things that Lovecraft touts in his work. There’s also the matter of tone. The film is not a comedy and doesn’t really fall into the spectrum of science fiction. It’s horror is both broad and narrow in scope at the same time, not to mention the fact that it features a wide assortment of creatures that Lovecraft would have been fascinated by.

What do you think of these Lovecraft influenced films? 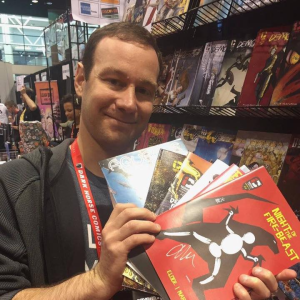