31 Comic Book Superheroes That Wear Blue or Are Blue Blue Superheroes that Wear Blue or are Blue

The color blue has different meanings to different people. Some view it as a positive color, some as a negative one. Blue symbolizes tranquility, honesty, peace, but it also symbolizes conservatism, passiveness, and depression.
This is all to show that comic book characters who have blue skin or don a mainly blue outfit could be from different sides of a comic’s conflict- from superheroes to anti-heroes to supervillains.

If this makes you wonder how many blue comic book characters are actually out there, I’m here to provide you with my list (in no particular order) of the top 31!

Doctor Manhattan or Dr. Jonathan Osterman is a Nigh-Omnipotent, Nigh-Omniscient, and Nigh-Omnipresent superhero from the Watchmen Universe and lately, (SPOILER ALERT) from the DC Universe. Created by Alan Moore and Dave Gibbons, Dr. Manhattan first appeared in Watchmen #1 and quickly rose to popularity right after. Dr. Manhattan also appeared in the much-beloved HBO Watchmen mini-series.

One of the most beloved X-Men characters, Beast or Hank McCoy is a superhero hailing from Marvel Comics. Beast is a brilliant scientist, a fierce, mutant political activist, and has animalistic characteristics like blue fur, pointed ears, fangs, and claws.

Another popular X-Men member, Nightcrawler is a God-loving mutant from Witzeldorf, Bavaria. Created by Len Wein and David Cockrum, Kurt Wagner is the son of the mutant Mystique (another character on this list) and Azazel and possesses abilities like teleportation, night vision, and superhuman agility.

Created by Chuck Cuidera, Jack Kirby, and Charles Wojtkoski, Blue Beetle is the superhero identity of three different superheroes, Dan Garrett, Ted Kord, and Jaime Reyes (Jaime being the current one). Originally from the long-defunct publisher, Fox Comics, and later owned by DC Comics, Blue Beetle gets their powers from an alien technology called the Blue Beetle Scarab, which was first found by the first Blue Beetle, Dan Garrett.

Although originally a video game character, Sonic the Hedgehog’s comics and manga have been published since 1992, a year after the first game was released and became a huge success. Sonic is a champion for peace and has the ability to run faster than the speed of sound. You can always count on him to defeat the evil Doctor Eggman and save the world.

Created by the legendary Jack Kirby, Darkseid is the dictator of Apokolips and one of DC Comics’ most popular and most powerful supervillains. Endlessly looking for the Anti Matter Equation, Darkseid is esentially a god possesing superhuman strength, superhuman speed, superhuman reflexes, but his most well-known ability is destroying his enemies with his deadly Omega Beams which Darkseid shoots out of his eyes.

Back to Marvel’s mutants, Mystique is a shape-shifting supervillain and superhero who first appeared in comics in 1978. Created by famous X-Men writer, Chris Claremont, and Jim Mooney, Mystique’s origins has always been quite mysterious, but she has stated she wasn’t born in the last century.

RELATED: 10 Comic Book Superheroes That Wear Red or Are Red

Created by Stan Lee and Jack Kirby, Iceman or Bobby Drake is a founding member of the X-Men and one of the most prominent gay superheroes from Marvel Comics. He has the ability to generate, manipulate, and fully control ice, snow, and cold temperatures.

Sticking with ice-themed characters, Killer Frost is the name of three different supervillains and superheroes from DC Comics. Created by Gerry Conway and Al Milgrom in 1978, the latest Killer Frost, Caitlin Snow is a scientist with cryogenic powers.

Created by Stan Lee and Jack Kirby, Ronan the Accuser is a supervillain who recently rose to fame after the character’s appearance in the first Guardians of the Galaxy movie. Always carrying a huge hammer called the Universal Weapon, Ronan is a Kree and their empire’s Supreme Accuser.

Another Guardians of the Galaxy character, Nebula is the alleged granddaughter of Thanos. Often cold-hearted and stern, Nebula possesses superhuman strength, thanks to her bionic arm and cybernetic enhancements.

Blue Devil or Daniel Cassidy is a superhero from DC Comics. Originally a stuntman in a blue demon suit, he was reincarnated into a demon. Created by Dan Mishkin, Gary Cohn, and Paris Cullins, Blue Devil has been around since 1984, but still remains a highly underrated character.

Going back to the baddies, Apocalypse is one of the most powerful beings in the Marvel Universe. Mainly an X-Men villain, he was created by Louise Simonson and Jackson Guice and is one of the first mutants, who was born 5,000 years ago.

Grand Admiral Thrawn is one of the most popular characters in the Star Wars Legends continuity. He has a great military mind and was a significant foe to the original Star Wars crew, Luke Skywalker, Princess Leia, Han Solo, Chewbacca, and Lando Calrissian. Even though in 2014, the Legends continuity was rebranded as non-canon, Admiral Thrawn was so liked that he was reintroduced back into the canon in the TV show, Star Wars Rebels. Unfortunately, we have yet to experience his return to the Star Wars comics.

This might be considered cheating since her skin is more on the blueish-greenish side, but Lying Cat is too great a character to not be included. Lying Cat is a large, alien cat who has the ability to tell if a person is lying or not. She’s also the sidekick of the beloved assassin, The Will, and in general, she’s one of the most beloved characters to come out of the Saga comics.

One of the first superhero teams in comics ever, the Fantastic Four doesn’t need any further introduction. First appearing in 1961, this lovable dysfunctional family has fought incredible foes like the infamous Dr. Doom, the terrifying planet-vore, Galactus, and the ocean prince, Namor- all while doning their famous, mainly blue outfits.

Getting back to indie comic book characters, Tick is a wacky superhero who was originally created by Ben Edlund as a parody of American superheroes. Since then, Tick has become such a popular character that he appeared in various other mediums. This includes one animated show that aired back in 1994, two live-action shows, and a video game.

One of the “youngest” comic book characters in this list, Blue Marvel AKA Adam Bernard Brashear first appeared in 2008 in the first issue of a comic book miniseries starring him called Adam: Legend of the Blue Marvel. Created by actor/writer Kevin Grevioux, Blue Marvel possesses superhuman strength, stamina, and speed. He’s also a former football player and a decorated member of the Marine Corps.

Captain America is the superhero name of a number of characters from Marvel Comics, but the name mainly is synonymous with one of comics’ “oldest”, most popular characters, Steve Rogers. Created by legendary artists like Joe Simon and Jack Kirby, Captain America has been around since 1941 and was the first character to ever appear in a medium outside of comics with his movie seriel coming out in 1944.

One of DC Comics’ most attractive characters and a personal favorite of mine, Nightwing is the superhero name of Dick Grayson, a brilliant, atheltic young man who’s been in the crime-fighting world ever since he was a little child. Originally trained by Batman to become his protege and sidekick, Dick eventually outgrew his mentor’s shadow and became a powerful, popular superhero in his own right.

They don’t call him Big Blue for no reason! Created by Jerry Siegel and Joe Shuster, Superman is the secret identity of Clark Kent, a mild-mannered journalist reptorting to the Daily Bugle. Married to the lovely Lois Lane and father to Jon Kent and Krypto the Super Dog, Superman is DC Comics’ oldest and most popular superhero. His famous, red symbol isn’t simply an “S”, but his species’ symbol for hope.

Daughter of Scarlet Witch and Nightcrawler, Talia Wagner/Nocturne grew up with the X-Men until she became an official member. Created by Jim Calafiore, Nocturne first appeared in X-Men: Millennial Visions #2000 in June 2000.

Leslie Willis, AKA Livewire, is a supervillainess created by Bruce Timm, Evan Dorkin, and Sarah Dyer. First appearing in Superman: The Animated Series, Livewire has since made the transition into comics where you’d usually find her fighting against Big Blue or fulfilling the role of a badass anti-hero.

Leonard Snart or Captain Cold could be considered as one of the Flash’s most dangerous and oldest foes! Usually functioning as The Rogues’ leader, Captain Cold first appeared in Showcase #8 in 1957 where he broke into a lab to accidentally create his freezing pistol, which gave him the inspiration to come up with the name and costume.

The lost twin brother of Barry Allen, Cobalt Blue, AKA Malcolm Thawne, is a Flash supervillain who first appeared in Speed Force #1 in 1997. Created by Mark Waid and Brian Augustyn, Cobalt Blue carries with him the Blue Flame talisman. When tapped into it, Malcolm Thawne possesses superhuman speed, the ability to heal himself, and the ability to manipulate the Blue Flame energy to his own will.

George “Digger” Harkness, AKA Captain Boomerang is an Australian-based supervillain from DC Comics. Usually fighting the Flash or taking a part in the popular Suicide Squad, Captain Boomerang first appeared in The Flash #117 in 1960. In this issue, Captain Boomerang manages to knock out Barry Allen, tie him to a giant boomerang, and throw it into the ocean!

Quicksilver, AKA Pietro Maximoff, is the son of Magneto and twin brother of Scarlet and possesses superhuman speed and healing capabilities. Created by the legendary duo, Jack Kirby and Stan Lee, Quicksilver first appeared in Uncanny Avengers #4 in 1964 and has since starred in two popular, self-titled miniseries.

One of Batman’s most powerful foes, Mister Freeze, AKA Dr. Victor Fries, is a supervillain from DC Comics. First appearing in Batman #121 in 1959, his name was once Mister Zero; The name changed again almost a decade later in 1966 to the name we all know and love today. In 1992, Batman: The Animated Series’ writer, Paul Dini saw the potential in Mr. Freeze who was back then still a lesser-known villain and revamped the character to fit the show’s vision. Since then, Mr. Freeze has gained popularity fast- so much so that the character was played by Arnold Schwarzenegger and functioned as the main villain in the Batman live-action movie, Batman & Robin.

What did you think of these Blue Superheroes and Supervillains?

What did you think of these blue coloured superheroes? Sure, we left some out but are any of these your favourites? Let us know in comments below. 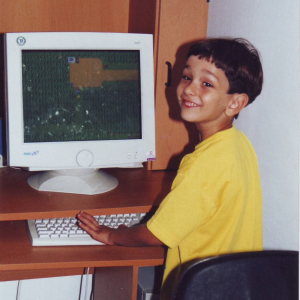